The Tutorial is finally available! Come take a tour, you might learn a tip or two :) 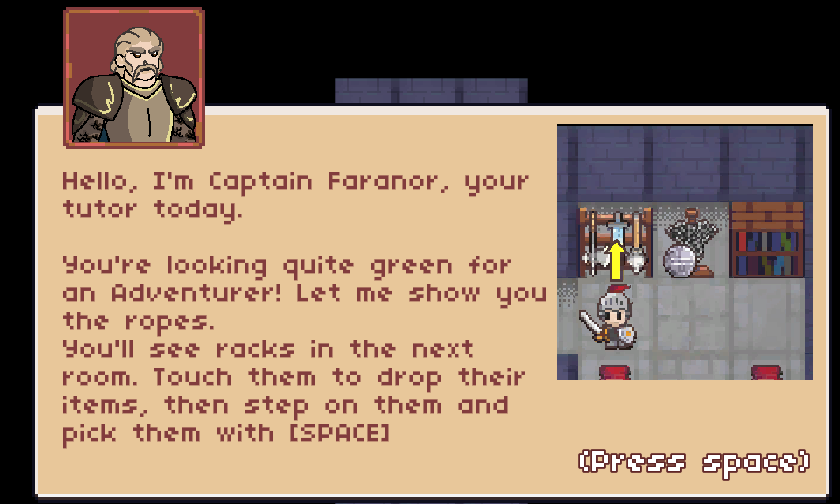 We are bringing to you the Bestiary! Now the monsters you kill have a chance to drop a monster card. This card will permanently add a new entry into the Bestiary. The monster compendium list all the statistics of encountered monsters, their abilities and weakness, more information on their ecology will be added later. 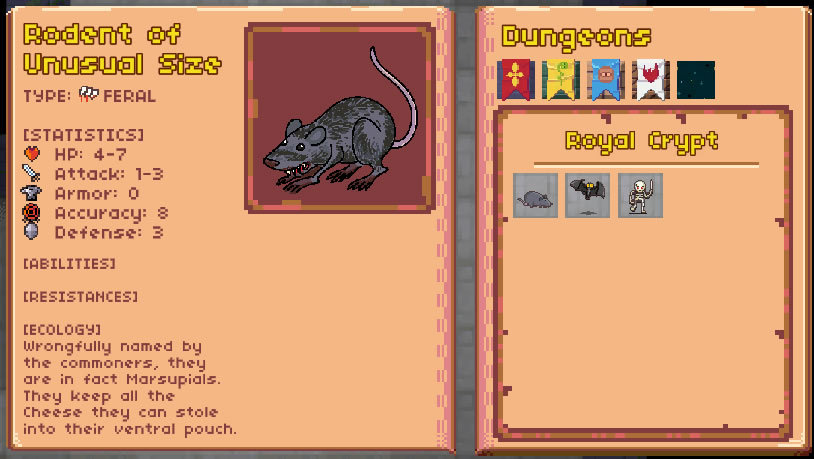 Another important patch: pieces of equipment now have a statistic requirement, so they can't be equipped if you don't meet this requirement.

This doesn't mean that a Magician with low strength can't wear any heavy armor. You can mitigate this with our new Skill system.

We're introducing 12 Skills for your character that can be improved with Skill points! You hero will now gain 1 new skill point per level, that you can choose to spend on one of those Skills. These skills can lower a specific statistic requirement, or raise your resistances, or even raise your combat abilities. 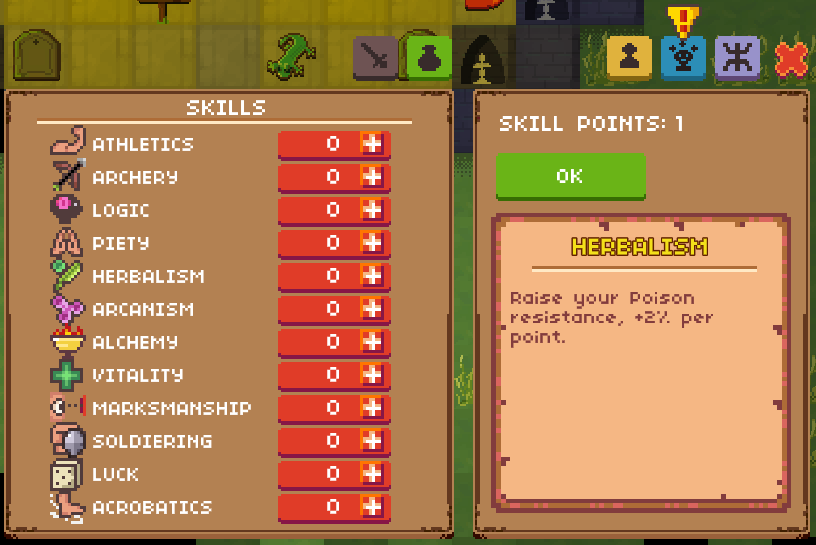 Thanks all for your interest, happy gaming and thanks for your support!

16bit pixel roguelike with a real challenge and a deep gameplay.